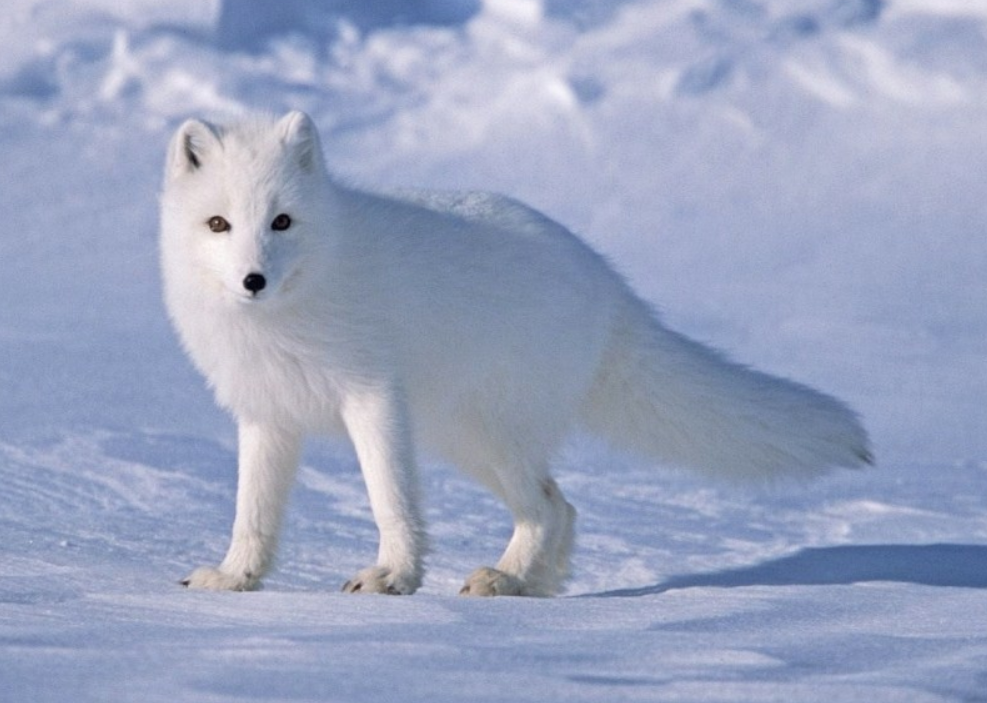 Found in only the most northern parts of Québec, the arctic fox is the smallest wild member of the canid family found in Canada, measuring usually between 75 and 115 cm in length. That said, about 30 percent is made up by its lovely, bushy tail. The arctic fox makes its home in the Arctic Circle. In Canada, that means its range extends from the southern tip of James Bay to the northernmost tip of Ellesmere Island. It’s pretty cold up there, with no work for anyone in the business of asphalt driveway repair, but the arctic fox manages to stay warm thanks to some pretty nifty nature-given gifts. First of all, its coat is incredibly thick, and can keep the fox warm to temperatures as low as -50, at which point its metabolism will speed up to produce more heat. The foxes eat a whole lot in the autumn months to build up fat reserves so that they have enough stored in their bodies to get them through the winter should food supplies be scarce.

In order to conserve heat even further, the arctic fox’s body is rounded and compact, so that less heat escapes its body because it has a smaller surface area exposed to the cold. That means that he has small, thick, roundish ears, short little legs, and a short muzzle. Even more adorably, the arctic fox’s feet are covered in fur, similar to a hare’s.

Though also called the white fox, this fox’s coat isn’t always white. In the summer months, his coat turns to a greyish colour, making him the only canid to change the colour of his coat. The whiteness of his coat in the winter allows him to be extremely well-camouflaged and very difficult for his prey to spot. His prey will mostly consist of small rodents such as voles and lemmings, as well as other smallish creatures such as birds, hares, and even eggs. 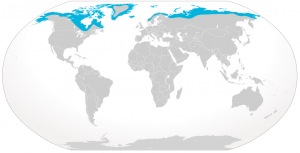 They especially love their lemmings, when they can get them. To get at their prey in the winter, which can often only be found beneath the snow, the use their hearing and sense of smell to locate their prey, and then pounce up into the air and dive down into the snow to retrieve their quarry. In times of scarcity, they can result to scavenging the carcases of kills left by other animals. They also occasionally eat seaweed and berries, so they are considered omnivores.

Though the arctic fox is listed as a species of least concern by the IUCN, the populations in Scandinavia have been dwindling, and it’s feared that across Finland, Sweden, and Norway, there are fewer that 200 adults left. Another threat to the arctic fox population is the overlapping of its territory with the red fox. Because there is less and less snow thanks to climate change, the white coat of the arctic fox does not provide as much camouflage as it used to, and it is thus easier for the red foxes to kill arctic foxes and their kits where the two species’ territories overlap.

Further, extreme overhunting of the gray wolf, which is a natural predator of the red fox, has allowed red fox populations to flourish, also potentially contributing to the newly apex-predator status adopted by the red fox. Two subspecies of the arctic fox are currently endangered, one in Russia, and one in Scandinavia. Though the Canadian population is not currently endangered, let us learn a lesson from what has happened to the populations in other parts of the world so that we may prevent the same from happening here.